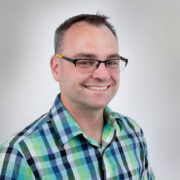 When we first got our 3D printer one of the first things I wanted to design was our Moby logo. People always remark at how fun it is, and how friendly the whale is floating there in the middle. Translating an illustration/logo into a 3D model can be a bit tough, but I thought that I could do a decent job while maintaining the all important whimsy of the logo.

In the illustration I spent a lot of time playing with the proportions and exaggeration of the defining features so that it would read really well as a "whale" at many sizes. Additionally, the illustration isn't based on Moby Dick, but rather on a small passage from The Hitchhikers Guide to the Galaxy where a whale is contemplating its short existence while falling to its demise. Thus, the flying/floating feel of the illustration had to be translated in the 3D version.

I tried modeling the whale in a few different 3D modeling packages including Autodesk's Sculpt + iPad app. It was really interesting to start modeling in this way; it just feels right using your fingers to manipulate virtual clay. It was the most fun and expressive piece of software to play around on, so it's what I ended up using.

I'd highly recommend modelers try out the various Autodesk iPad apps. Designing apps for an iPad puts a lot of restrictions on what you can do with the UI, and the Autodesk team has really embraced the platform and thought through how to intuitively model with a touch interface. They're adding more features to the apps all the time, and I could see lots of hobbyist users completely migrating over to this way of modeling.

I started the process off by creating a really basic whale shape, and refining the proportions so that they're somewhat in-line with the illustration. Since the illustration is at a 1/3 front angle this was mainly a process of choosing how long and squat the whale should be. I tried a lot of versions but found that something that was a bit more realistic offered more flexibility.

Next, I used the simple skeletal manipulations to get the whale into the right floating pose. Then I refined the shape to match the logos slightly exaggerated hump, fin size, and flipper placement. I kept the flippers fairly stylized with a thicker body attachment so that they would print very easily and help support the outer edges of the body. Lastly, I added some very subtle musculature right behind the flippers to give the entire tail a bit more life and movement.

Overall, I think it's a great translation of the logo into real life. The friendliness definitely translated, and choosing to keep it somewhat more realistic helps it feel more like a sculpture than a toy; perfect for greeting clients to the Moby office.

I've found the best results with cutting off a small part of the belly that sticks below the flippers within the slicer. This gives it a solid start directly on the build plate and makes it very stable once printed.

You don't have to print supports of the tail-fin, however when printing it really large I do just for some piece of mind. The under side of the belly and flippers do need support, however the placement hides the after effects of pulling off the supports pretty nicely.

The STL included is a pretty good small size for our printer. Results will vary because of the tail-fin shape, but I would recommend keeping the fin thickness at least 3 nozzle widths thick.

I very much enjoy printing out in white PLA and then sanding it all the way from 150 to 1200. It can take a whole barrel of of elbow grease, but it ends up looking/feeling fantastic.

Plus, when people ask what it's made of you can say "whale bone, of course."